Although bats are extremely beneficial and help to maintain the balance of our delicate ecosystem, there are times when bats become a problem or a nuisance to home or business owners. Bat colonies living in human structures can be noisy and sometimes create unpleasant droppings or odors. However, they do not cause structural damage nor do they chew on wires or wood.

WHY DO BATS CHOOSE TO LIVE IN HUMAN STRUCTURES?

The increase of human expansion has resulted in a loss of habitat for bats, forcing them to look for alternative roosts to live in and raise their young. Roof voids, attics, vacant buildings and barns all provide bats with warm, safe places to hide and live. Unfortunately, the news media is occasionally guilty of sensationalizing stories about bats in buildings and the dangers involved. In addition, some unscrupulous pest control and trapping companies prey on people’s fear of bats and then charge exorbitant fees for removing or illegally killing bat colonies from the homes of the people they’ve terrified.

HOW DO I KEEP A BAT FROM ROOSTING UNDER THE OVERHANG OF MY PORCH?

Occasionally, a single bat or two will take up temporary residence under the eave of a porch. These bats are not trying to attack people, they are simply in need of a short-term roost (for more information see Myths and Facts). If left alone, the bat will probably leave on its own when the weather turns cooler. However, some people have found success in getting a bat to leave by suspending aluminum foil or helium-filled Mylar balloons close to the roosting spot (note, the balloons need to sway to deter the bats). These items may interfere with a bats echolocation abilities and help to dissuade it from roosting in that location. 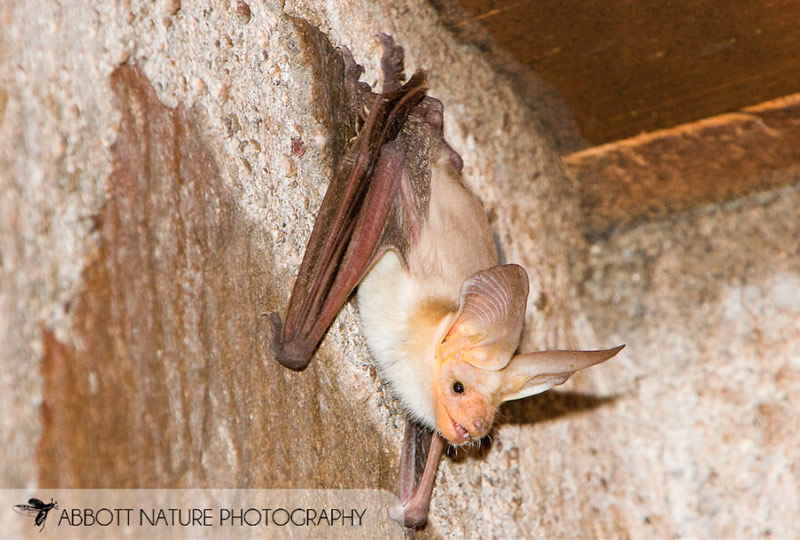 HOW DO I GET BATS OUT OF MY BUILDING – WHAT DOES AND DOESN’T WORK?

Repellent devices are not effective. One Chicago manufacturer was fined $45,000 by the EPA for misleading claims about an ultrasonic device. In fact, when ultrasonic devices were tested by bat experts some of them actually attracted bats! Moth balls are not effective because they evaporate quickly and require frequent replacement. Additionally, chemical toxicants should never be used to solve bat problems. It is a violation of federal law to use a chemical in any way other than for what it is strictly intended, and currently, there are no poisons or chemicals licensed for use against bats. The illegal poisoning of bats may create health hazards and liabilities for property owners. Poisoned bats will die inside the walls and ceiling, creating bacteria and odor, and dying bats may fall to the ground both inside and outside the property where they are more likely to come into contact with children and pets.

Traps are not recommended and have actually been known to drive bats to the inside of a structure. Trapping is also extremely inhumane. They are positioned to block the exit of the roost and can quickly fill with bats as they emerge to forage for insects at night. Once trapped, the bats are unable to escape and those that fell in first become crushed as others fall on top of them. The filled trap then blocks the exit for the bats remaining in the roost, forcing them to search for another way out. These bats are likely to end up inside a business or residence, greatly increasing the chance for human contact.

The only safe, humane way to evict bats from a building is by exclusion, a method of using plastic mesh to create a one-way exit that allow bats to leave the roost but then prevents them from re-entering. Do-it-yourself exclusion methods as well as a list of professional bat excluders can be found in the QUICK HELP BOX at the top of this page. It is critical that any netting used has holes that are 1/8″ or smaller. Anything larger than 1/8″ can cause a bat’s folded wing to slip through, causing severe injury and death. Click here to see the recommended netting size (product OV7100- 1/6).

WHEN SHOULD AN EXCLUSION BE DONE?

Bats should only be evicted when no dependent young are present, which means never during the months of May through mid-September. Exclusions that have been done to nursery colonies during the summer months have resulted in tragic consequences. Mother bats will frantically try to reach their pups who are sealed into the roost, exhausting themselves in the process and often becoming grounded in yards. Babies who are stuck in the nest will die a very cruel, slow, and painful death. Oftentimes these pups will try to escape the roost and end up in the walls and ceilings of homes where they die. This has resulted in walls and ceilings being removed to extract the tiny decaying bodies. Apartment owners who have excluded during the summer months have incurred lawsuits when grounded bats and their babies have been handled and tenants have been bitten. It cannot be stressed enough the many reasons why exclusions should never be performed during baby season. In addition, many states expressly prohibit excluding bats when they are raising their young. Before considering an exclusion be sure to check with your state wildlife agency to make sure you know what laws must be followed, as well as to get a specific idea of when it is safe to exclude bats in your area, which is generally early autumn. If you exclude the wintertime and you discover hibernating bats, wait until spring and when night-flying insects are present as the bats will be waking up and be able to fly out. Please see this link for additional information.